The Biggest Lie I’ve Told Myself: I’m Not Enough

How often have you told yourself or have heard from others that you are not enough?

Words by far have been one of my greatest fears. “What will they say about me?” But honestly, what else has stopped me before?

When I look back at the last ten years of my life as I quickly approach turning 30, there are a few common denominators that I’ve found myself discovering recently.

Now, for those of you that don’t know me, I like to consider myself a ‘multipotentialite’ which essentially means I like to try a lot of different things. I was never born with this gift of knowing exactly what I wanted to do straight out of the womb. Doctors, teachers, astronauts, actors, gamers. There are so many people that figured out very early on the route they wanted to take and bam, just like that they were buying their first lab coat experimenting with bottle rockets in elementary school.

Since starting my career path, I’ve been trying for several years to figure out what it is I want to do. What has been my path thus far?

I started as a Social Media Intern at a digital marketing company based out of New Hampshire. It quickly escalated into a full time position, but I wasn’t really happy. The company mistreated their clients, over promising and under delivering just to make a sale. Their internal organization was toxic and upon putting in my two weeks to the owners, I was not yelled at, but screamed at for having the audacity to find another job. I was just “an ignorant woman in the real world with no experience” and “would never be capable or experienced enough to find another job like this.” With the CEO’s arms flailing in the air and papers flying, I stood up, walked out the door, and never looked back.

My friend and I started a GenY digital magazine. It was incredible. I was able to interview amazing young adults from all over the world to learn about different jobs that they have taken on for the betterment of the world. I video chatted with a YouTube channel host from a popular SoulPancake series who performs social experiments on the power of love and happiness. I interviewed a sustainable architect from Denmark with a goal to help create unique homes while remaining environmentally friendly. It truly was amazing to hear the stories of these young men and women while putting it into a digital platform that maybe other people like me would want to be inspired by.

Sadly, that endeavor came to a halt when I was told that my business plan wasn’t good enough. The fear of being rejected was debilitating. Their words haunted me to say “you aren’t smart enough to achieve this.” So eventually we allowed the dream to dissipate.

I wanted to focus on my music. I play guitar, sing, and dabble in the ukulele. So of course like anyone else who wants to make it big in the music biz, I started a Facebook page and invited everyone I knew to like the page. I started analyzing everyone else’s YouTube channels and music pages of extraordinarily talented people. They were all posting videos of themselves so I decided to do the same.

My instant thought was that I couldn’t play a bar chord and thought about people potentially commenting on the fact that I didn’t have the musical ability at their skill level so therefore I was “not talented enough to achieve this.”

In 2015, I wanted to start a lifestyle blog that was all about being a hot mess of a girl trying to make it in a material world.

In 2016, I wanted to start a blog solely focused on my fiction writing.

In 2018, I wanted to start a blog about traveling.

In 2019 I wanted to be a professional photographer and videographer.

The common theme: I wasn’t enough.

And it wasn’t just in my professional life. This type of language came from people in my personal life too.

My smooth, flexible, excited multipotentialite exterior was hardened to a tough tortoise-like shell based solely upon words of people who told me time and time again that I was too all over the place. That I didn’t have the skills, knowledge, capacity, stamina, focus, drive, resources, or talent to achieve the things I wanted to achieve.

But the biggest culprit of them all was: Myself.

I started projects that excited me only to be shut down by the anxiety I had built surrounding the words people hadn’t even said yet. And even if they did say them, what would be the big deal? Why did I need the verbal validation of other people to try out different things in my life to see what would stick? Why did I believe that not accomplishing something meant failure? 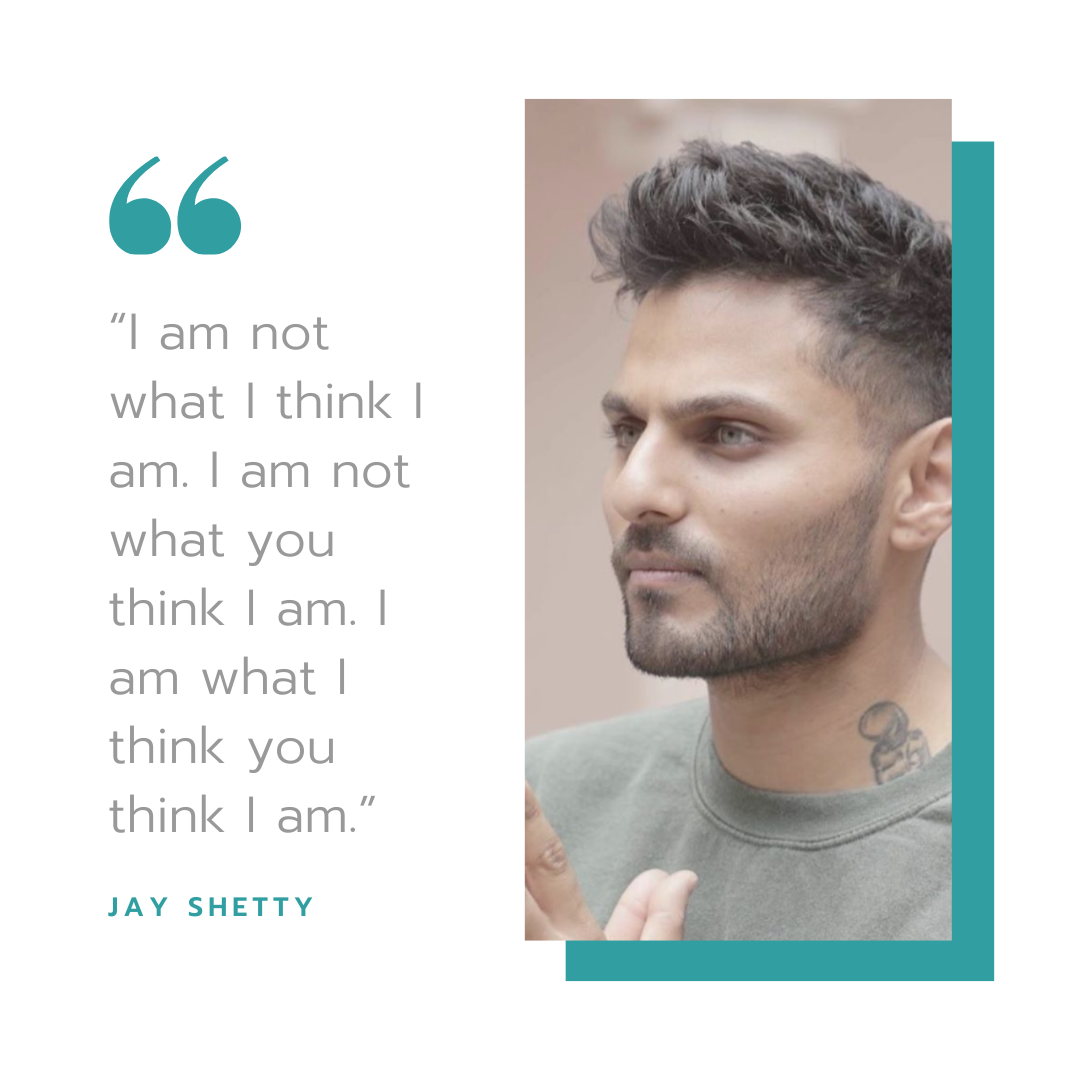 So I tried an experiment out on myself:

Let’s be vulnerable. Let’s do exactly what I want to do. Let’s be exactly who I am: Me, Lauren, a writer.

I’ve taken a leap of faith, put all my chips on the table to place an incredibly huge bet on myself regardless of what others said about me.

Here are a list of comments that my hypothetical brain came up with that others would say about me:

Here are a list of actual comments that actually came my way:

The truth is, when it came down to it, no one really cared. If anything, the only people I heard any comments from were people who are within my inner circle. Every response from my inner circle was that they were proud of me, that I was capable, that I was enough.

Gone are the days of allowing hypothetical words of other people debilitate me from venturing out on a new endeavor. Gone are the self-deprecating words I tell myself to reiterate what society thinks I need or should be doing. Or at least I’m going to do my damndest to try.

I’ve learned so much over the last year. I’ve learned that just because I don’t have it all figured out, picked the perfect major in college, or started the ‘right’ career path after graduation doesn’t mean that I’m not allowed to start my exploration years a little later in life. I’ve learned that in every endeavor that didn’t pan out wasn’t a failure because I learned and experienced something tremendous out of each and every one of those efforts I attempted. I’ve learned that the validation of others means absolutely nothing. 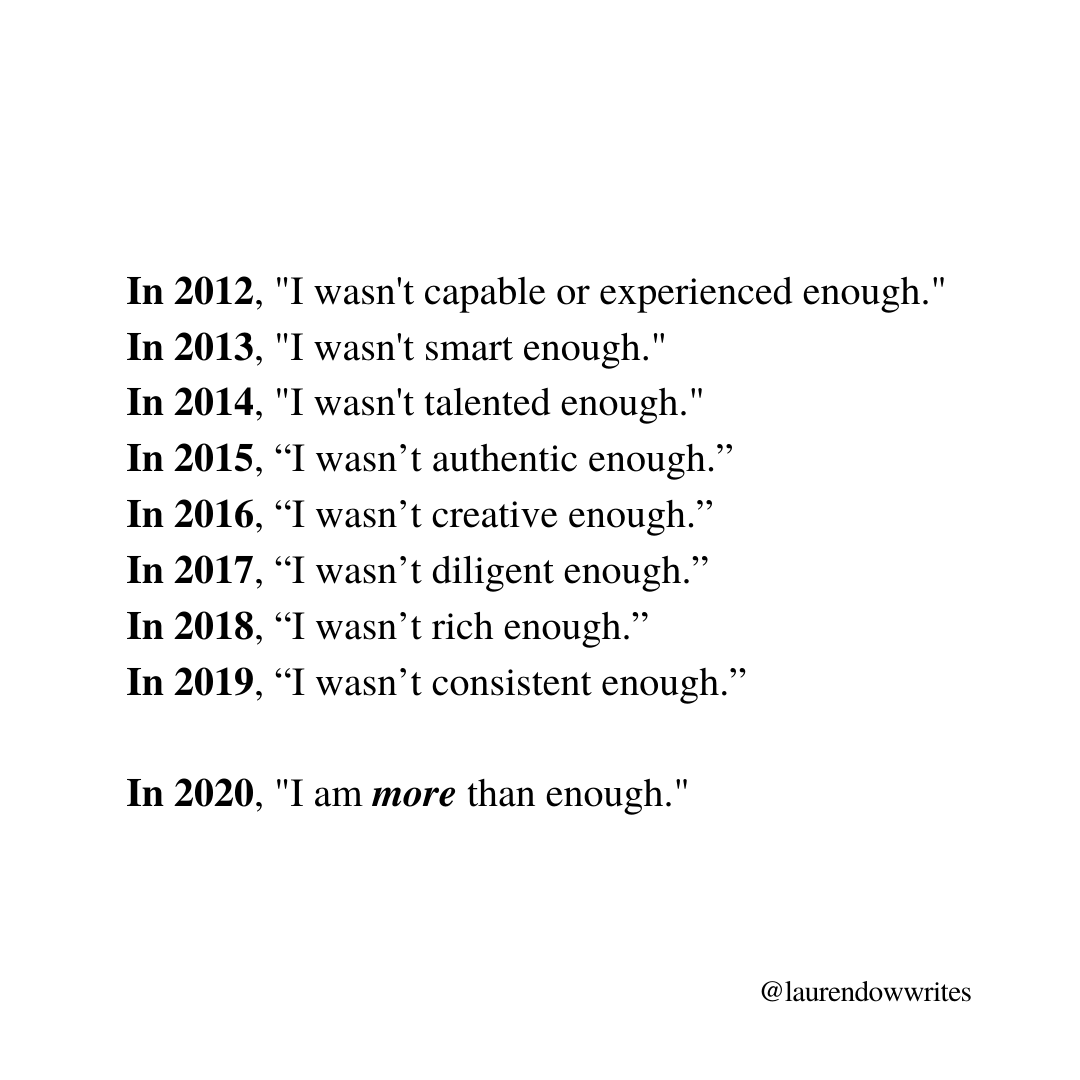 Once I let that go, I finally felt free.

Maybe the next projects I share with the world won’t come to full fruition, but it won’t be because I stopped myself from trying because fear got in the way. Because the only thing I have feared all of these years never existed except inside of my own head.

Ladies and gentlemen, I present to you, Lauren Michelle Dow. A poet, writer, amateur photographer and videographer, musician, and dancer. A mental health advocate and believer in the power of self love. And I share it all under a digital roof as I continue on this next chapter of my life.

No, I don’t have a clear plan of what that is going to look like, and there will be much more trial and error to come down the road. All I can say is, I’m ready to finally start telling myself that I am enough and start inspiring others to believe that they are most certainly enough too.

On that note, let’s begin.