Have an Honest Conversation With Yourself and Let Go

I sat down on my orange yoga mat, crossed my legs, closed my eyes, and started to breathe. In and out, I counted each breath with the rise and fall of my chest. Then my stomach. Then my entire body.

I asked myself how I was doing. Turns out, I wasn’t “fine.” I wasn’t fine at all.

I continued feeling this pressure both internally and externally like I was going to explode. The fuel to my fire was slowly turning to embers. I was feeling anxious, disorganized, and quite honestly I was filled with doubt. Doubt that I was making the right decisions. Anxious about things beyond my control. Disorganized thoughts leading to disorganized behaviors.

When I started to have an honest, genuine conversation with myself in the silence, I was able to discover what was really going on. I could locate the source of my sadness and face it head on to make the changes I needed to in order to get out of my own way and start living..

It’s inevitable that life will throw curve balls your way. You can live in the clouds and pretend like it won’t, but it will eventually happen. And when it does, you have a choice. You either wave your white flag in defeat, calling truce and accepting the outcome.

Or, you look for the gold nuggets in the shit tornado. 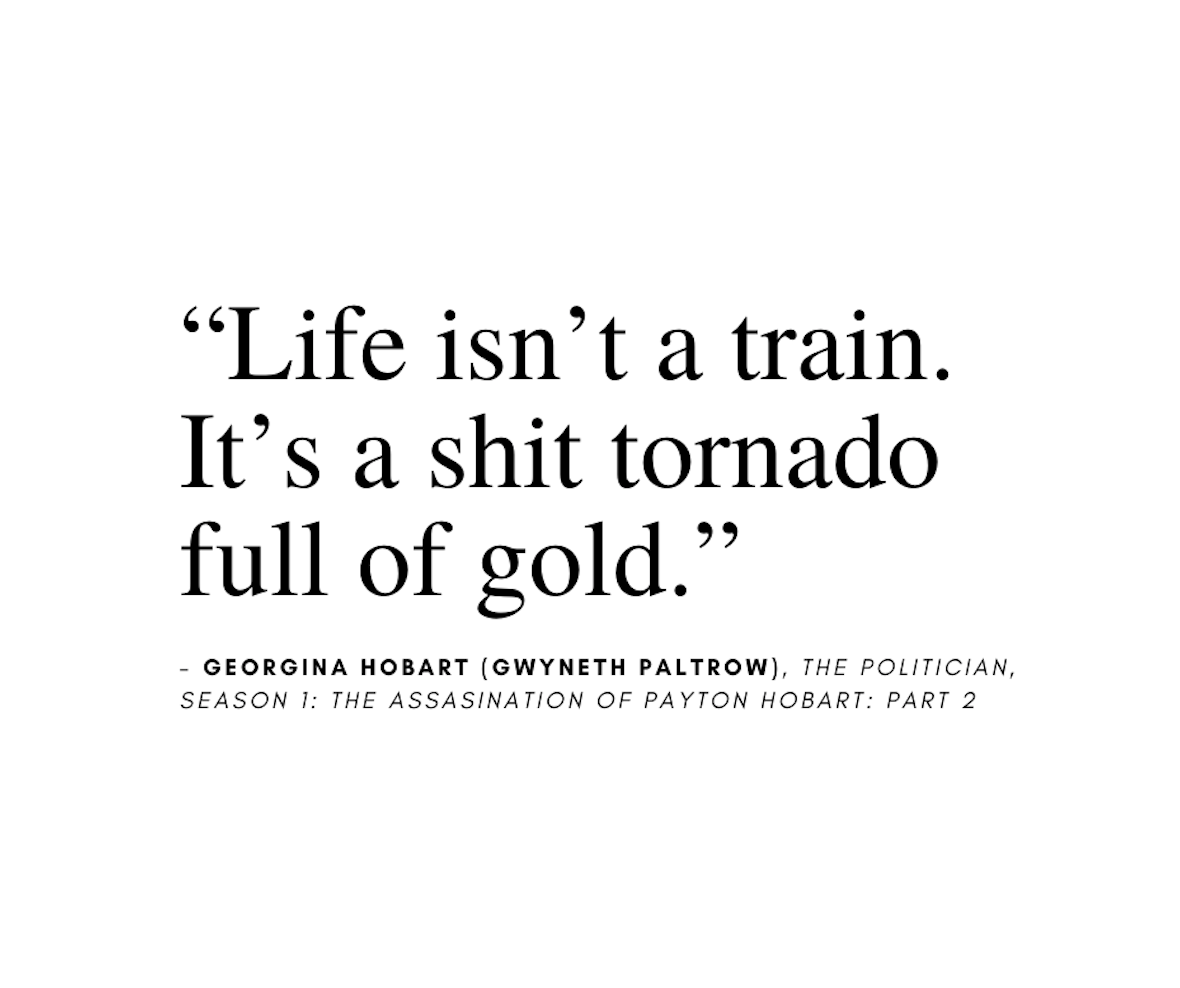 Let’s face it, 2020 has been one giant tornado for all of us in one way or another. We’ve all had a cry or a scream. We’ve all had moments where it feels easier to give up than to keep going. But even when things aren’t looking their best, even when life feels like it’s at its hardest, “Still, I Rise.”

Today, that is what I’m doing.

Collecting my golden shit tornado nuggets and cashing in for something great.

It’s been almost a year since I was at my absolute lowest. It’s hard to believe it, but so much has transpired on this journey I never would’ve imagined.

When I talked to my therapist about it, she told me something I hadn’t considered before.

“Trauma lives in the body and shows up in different ways. This time of year was incredibly hard for you, and it’s completely normal that these same feelings would float back up to the surface. Just remember that it’s not your present moment. It’s something that has already passed. You’re here now. That’s what matters. Even if your present moment is filled with struggle, you have to differentiate the two.”

Well let me tell you, that was a lot to unpack for me. But I’m grateful for it. Life has handed me a few curve balls as of the last few months. And I’ve got a lot of hardships that are resurfacing. And that’s okay. Because what I’ve decided to do, is to let it go.

I’ve been faced with some scary and tough decisions lately. I’ve spent so much time dwelling on making sure I’m doing everything I can to make the next right decision. To ensure that the outcome is the best it can possibly be.

But what if you aren’t in control of the outcome? That’s when it’s time to let go.

I’ve done all that I can in these various circumstances. There is nothing left for me to do. The rest is up to God, the universe, or whatever it is you believe in. Whatever happens is exactly what is meant to happen and is completely out of my control. So what’s the use in stressing on something that you are powerless against?

It doesn’t make waiting any easier. It doesn’t make the hard work or “should haves” any less daunting to deal with. But if you take a step back and really try as hard as you can to let go of the responsibility that is no longer yours, I’m not saying it fixes everything, but it does make the process a bit easier.

You are not alone.

So sit down and get quiet with yourself. Ask yourself how you’re really doing, and don’t try to fake it. You can’t fool yourself.